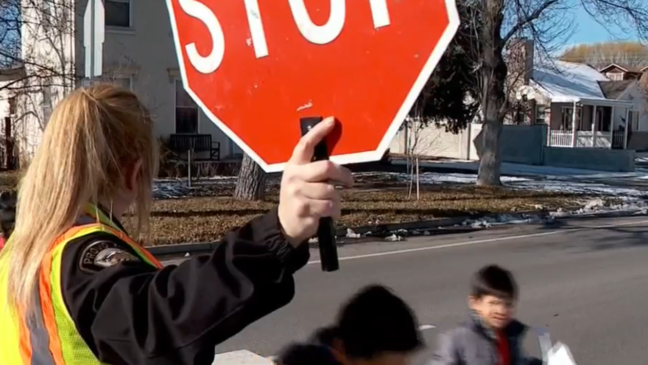 Tammy Long, a South Weber crossing guard with eight years’ worth of experience, is vying for legislative change. She is advocating for increasing the severity of punishments doled out to distracted drivers.

During her eight years in the occupation, Long has paid witness to numerous mishaps. Some of these were even fatalities. She recounts seeing one child die after a driver hit it with their vehicle. Another incident resulted in a child becoming wheelchair-bound for good. The reason? The driver was nose-deep in their cell phone and failed to attend to the road ahead of them.

These accidents, while few are fatal, are concerningly commonplace. In 2016, some 20 school guards and children were hit by drivers at school-zone crosswalks. Every time, the blame was on the drivers not paying due diligence to the road.

Long also held the title of mayor. She has a few suggestions on how to address the problem. Her plan is to increase fines for inattentive driving, especially for those looking at their cell phones. Her proposal is to double the fines drivers with cell phones suffer. In terms of severity, this increase resembles the penalties for using a cell phone while driving in a zone of construction.

Carol Spackman Moss, a Democratic representative, has had a similar agenda for a while. She has been attempting for three years to pass more stringent rules for distracted drivers into legislation. And the idea to do so certainly has evidence to support it. Namely, the states that had implemented harsher legal reprisals have seen the number of such accidents plummet.

Her intention is to propose the plan yet again during the following legislative session. Perhaps with Long’s help, she might increase awareness of this pervasive issue. The legislative meeting is to transpire on September 18.