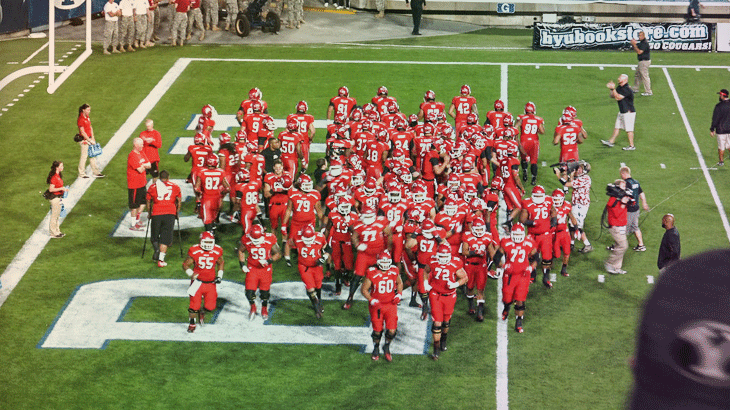 All fans of Utah football have another exciting game to look forward to. Following the Saturday matchup against Arizona, the Beehive State will face California. The match is set to start at 8 p.m., and it will be broadcast on Fox Sports 1. This game will take place at Rice-Eccles Stadium.

The Utah-California matchup will be the third game this season, starting at 8 p.m. or later. Before October 26, both the match against BYU and the one against Washington State had begun in the evening.

It will also be the third game of the season that the fans will be able to watch on Fox Sports 1. FS1 had also broadcast the previously-mentioned Washington State match and the game at USC.

Since 2011, when Utah joined Pac-12, the team has a 2–2 score versus the Golden Bears. Both victories were achieved at home, while the two defeats took place in Berkley. Their last game resulted in a loss for Utah when Cal won 28–23 in 2016.

However, the California team might be on a losing streak. They have started the season with four victories and no defeats, but the previous two games brought the overall score to 4–2. Their next match is this Saturday at 12:30 p.m. While Utah plays against Arizona, California will be facing Oregon State.